English Proficiency: What tests does the Government accept? 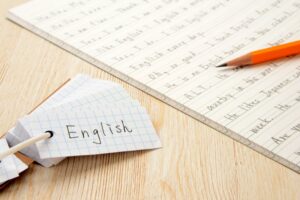 One of the requirements for being approved for a visa in Australia is to meet a set standard for English Proficiency. Most visa applicants are required to demonstrate either vocational or competent English skills. Visa applicants are advised to look at their specific Visa requirements to check the level of English skill they are required to have to apply.

When applying for a visa, an English proficiency test needs to have been undertaken in the three years prior to lodging the application.

A valid passport that has been issued by the United Kingdom, the United States of America, Canada, New Zealand or the Republic of Ireland to a citizen of the country is also considered proof of English proficiency, and as such visa applicants from those countries are exempt from having to undertake the following tests.

The IELTS test is designed to assess the language ability of people who want to study or work where English is the language of communication. It’s recognised and accepted by more than 9000 organisations worldwide, including universities, employers, professional bodies, immigration authorities and other government agencies. There are two different modules IELTS tests available, IELTS Academic and IELTS General Training, and the one which is undertaken is dependent on the reasons of the test taker for taking the English proficiency test.

The Listening component takes approximately 30 minutes and consists of 40 questions, including, but not limited to, multiple choice, matching, diagram labelling, table completion and short answer questions. There is four sections, the first being a conversation between two people, the second is a monologue set in an everyday social context, the third a more complex conversation between up to four people in an educational context, and the fourth is a monology on an academic subject, with each section only being heard once.

There are two sections to the Writing component, the first requiring at least 150 words and the second requiring 250 words, and it runs for 60 minutes. The types of writing tasks that are expected to be completed is dependent on the type of IELTS module the person is undertaking, however, the tasks will assess the ability of the person to write a response that is appropriate in terms of content, the organisation of ideas and the accuracy and range of vocabulary and grammar.

The final section is the Speaking component, which only takes between 11 and 14 minutes. There is an introduction and a short interview on familiar topics, followed by an individual presentation on a topic that is presented to the person during the section. After being given a minute to prepare, the person will then speak on the topic and the component will conclude with another interview, this time based around the topic of the presentation. Persons are assessed based on the ability to communicate opinions and information, the ability to speak at length, and the ability to express and justify opinions and analyse and discuss and speculate about issues.

Results are available thirteen calendar days after the test is completed. There is also no restrictions on retaking the IELTS, you can register for a test as soon as you feel ready to do so.

The OET is a respected international English language test for the healthcare sector. It accurately reflects the ability to communicate in an English-speaking healthcare workplace, as the test materials consist of real life workplace scenarios. The OET is recognised by healthcare boards and councils in Australia, New Zealand, and Singapore. Many organisations, including hospitals, universities, and colleges, use OET as proof of a candidate’s ability to communicate effectively in a demanding healthcare environment.

The listening test consists of two sections, the first assessing your ability to follow facts during a consultation and the second assessing your ability to understand a short talk on a health related topic that may occur within the workplace. Comprehension is assessed via multiple choice, short answer and other means including sentence completion and completing tables.

The reading test consists of a summary task, where you have to create a short summary paragraph of three to four short texts related to a single topic. The second part of the reading section assesses the ability to read and understand comprehensive texts on health related topics similar to academic or professional journals and requires a set of multiple choice questions to be answered.
The writing task is usually to write a letter, usually, this is a referral letter, however, it could also be a letter of transfer or discharge or a letter to inform or advise a patient, carer or group. Performance is marked based upon the criterion of task fulfilment, appropriateness of language, comprehension of stimulus, linguistic features and presentation features.

Finally, in the speaking section participants are examined in a role-play scenario. The scenarios areas based on typical workplace situations and assess overall communicative effectiveness, intelligibility, fluency, appropriateness and resources of grammar and expression
Test of English as a Foreign Language Internet-Based Test (TOEFL iBT)

The TOEFL iBT test is delivered via the internet and measures the ability of applicants to use and understand English at the university level, by evaluating how well applicants combine listening, reading, speaking and writing skills to perform academic tasks. More than 30 million people have taken the test online, with more than 9000 colleges, agencies and other institutions in over 130 countries accepting TOEFL scores, including Australia and the UK in regards to satisfying visa language requirements.

The reading section consists of between 36 to 56 questions, answered after reading three or four passages sourced from academic tests. This is followed by the listening test where the applicant listens to lectures, classroom discussions and conversations and is then required to answer questions. The speaking task requires the participant to express an opinion on a familiar topic and to speak based on the prior reading and listening tasks. Finally, the test concludes with a writing task that requires the participant to write an essay in response to the reading and listening task and supporting their own opinion via writing.

PTE Academic is a computer-based test of English for study abroad and immigration. PTE Academic is accepted by thousands of universities worldwide in the UK, Australia, Canada, New Zealand, Ireland and the USA, including Harvard and Yale, and is also accepted for visa purposes by the Australian government. Usually, results are available within five working days.

PTE Academic assesses listening, reading, speaking and writing within a single three-hour test session, using real life academic content during the assessment, including excerpts from lectures and graphs and charts. During the speaking and writing section participants will be required to read aloud, repeat sentences, re-tell lectures, answer short questions and write an essay, among other things. During the reading section, they will answer various questions, including fill in the blanks and multiple choice. The final listening question will require them to summarise the spoken test, answer multiple choice questions, write from diction and highlight the correct summary.

The final test accepted by the Australian government to demonstrate English proficiency in the Cambridge English: Advanced test, however, only tests that were undertaken on or after January 1st are eligible for use in a visa application. A qualification with a Cambridge English: Advanced demonstrates that the person is able to follow an academic course at a university level, communicate effectively at a managerial and professional level, participate with confidence in workplace meetings or academic tutorials or seminars, and express themselves with a high level of fluency.

The exam is about four hours in length, with four different sections. Reading and Use of English demonstrates that the participant can deal confidently with different types of texts and that they can control their grammar and vocabulary. The writing section requires that two different pieces of writing are created, including but not limited to essays, letters, reports and reviews. The listening task tests ability to follow and understand a range of spoken materials and the speaking section tests the participants’ ability to communicate effectively in face-to-face situations.

What is your hourly rate as a freelancer?

On average, how many hours of work do you do per week?

How many clients do you have per month?

The number of clients you have per month contribute to how much time you spend doing backoffice tasks.

How many hours does it take to finalise a contract with a client?

The amount of time it takes for you to finalise a contract contributes directly to how much more you could be making.

How many hours does it take to actually create an invoice, chase it and get paid?

It sometimes takes a lot of hours drafting an invoice, justifying it, and following up on it. Time you could have spend earning more money.

Every month you are wasting 0 hours.

This is time you could have spent working or socialising. Doing your own monthly backoffice tasks costs you $0 a month.

You could be earning $X more every month!

For as low as $x/mo, pendragon's backoffice and instant payroll services will take care of everything for you

Your Yearly Expenses for the following: